Waiting for a sunrise 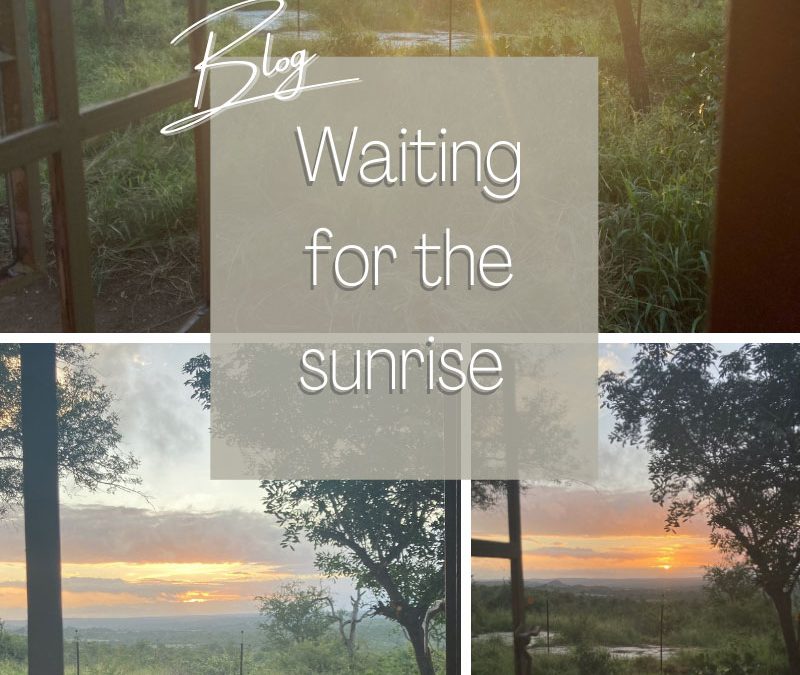 I woke up before sunrise this morning.

At first, I was irritated to be awake as I was still tired.

Alas… I wasn’t going back to sleep as my head started running away with me as soon as my eyes popped open.

I already decided I’m going offline this weekend, so maybe some quiet hammock time would help my brain settle down.

As I walked into the kitchen, I saw that it was starting to get light. My first thought was that it wasn’t the spectacular sunrises that we normally get, and I was disappointed at how boring it looked.

Then I wondered if this was it…. And at what time sunrise really was?

Instead of reaching for my phone to check the exact time, I sat on the kitchen counter and waited.

After a while I decided that I might as well get a cup of coffee.

As I got off the counter, I realised that I’d been looking in the wrong place and the sun was actually rising a bit further to my right… right behind some trees from where I had been sitting.

Coffee in hand I went back to sit on the counter… now paying closer attention to the wider picture.

Now I could see the definite signs of a beautiful sunrise!

As I was watching, I realised that although I could see the sun now, a cloud bank was just above the horizon and shortly after sunrise the sun would disappear behind the clouds again.

I was struck by the important lessons I learnt this morning.

I realised that sometimes you are disappointed by what you expect should happen and then it doesn’t.

You expect more… especially when you think you’ve done enough to prepare and are in the right place.

Then you change your point of view, and you wait a bit longer and you realise you were so focussed on the goal, you forgot to look at the bigger picture and you almost missed the big event!

At the same time things might not always be bright and somewhere along the line the sun will disappear behind the clouds.

But it won’t stay there.

You just need to be ready for when it comes out again.

And sometimes that means getting up before the sun, changing your position and being mindful of the lessons around you.